Terrorism and our children

Terrorists and Jihadists are recuiting our children!

Terrorism is alive and well and threatening our very existence and lifestyle. Unless you have been living under a rock you are also aware that homegrown terrorists seem to be emerging everywhere throughout the Western world.

What do we really know about the roots of terrorism and how it has been able to grow unnoticed for decades by most law-abiding people.  There isn’t a country in the world today that is safe from terrorism and from extremists.  These extremists have a distorted agenda and want the world unified and controlled by radicalized Islam.  All other religious beliefs, whether they are Christian, Jewish,  Buddhist, or any other kind of worship are unacceptable to jihadists.

Today we all live with the constant threat that these violent fundamentalists are planning some kind of hideous attack on ordinary citizens.   People from all over the world wonder about their safety when they attend large public gatherings.

Are our children safe? 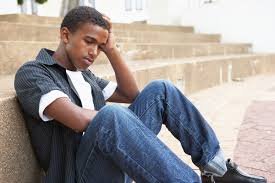 Keep a lookout for signs of depression

As our children return to school, are you worried about who their friends are?   Keep an open mind and remember that  between middle school and college,  young people are very susceptible and easily led astray.  Terrorists recruiters have infiltrated our entire society and are looking for those who are  vulnerable, unhappy, struggling in school, while trying to find purpose and meaning in their life.   It is always shocking when we discover that one of our own children has become radicalized and  has been brainwashed  by one of these fundamentalist groups who want to destroy the very essence of our lifestyle.  Warning signs can range  from subtle to  drastic changes in attitude or personality.  This is the time we have to be most vigilant whether you are a parent, grandparent, aunt or uncle.   It is normal for kids to pull away from their parents as they mature, however if they are living under your roof keep a watchful eye out for peculiar behavior of any sort

Is Prison adding to the growth of terrorism in the US? 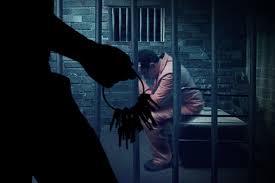 Prison is a place where hate spreads

Another segment of our society that is extremely vulnerable to terrorism and fundamentalism are people who are incarcerated.  In our prisons inmates are exposed to gangs and live in an environment of gangs,hate, and anger.   Prisoners are extremely vulnerable to home grown terrorism.  What are they learning while they are in jail?  We all know that rehabilitation does not happen in our currently broken prison system.  Having said that, what happens to these people when they are eventually released and paroled?  No job, no money, no skills.  The world has moved on and they have not.  It is a dangerous mix.

Where do their sentiments lie?  Undoubtedly most of them return to a life of crime. The most frightening thought is the possibility that many of them have been radicalized while incarcerated.

Today, on NSI & DOOD Radio we have a guest who has devoted his most of his life to fighting terrorism.  We can learn alot from Victor Guembes.

Victor Guembes is a former 2nd Lieutenant in the Peruvian Police force where he led an elite counterterrorism team called “SINCHIS.” His close combat experience with terrorist organizations such as Shining Path, FARC, and MRTA allowed him to understand the imminent threat of terrorism, its psychology, mechanism and dynamics, and cruel delivery of protest.

Mr. Guembes is also a former Sergeant in the United States Army, where he served as Infantryman and Military Police. He is a veteran of the Panama Invasion and the Persian Gulf War.

Mr. Guembes is a published author in matters of Global Terrorism, Narco-Terrorism, Security in General, and Leadership Development. He has presented at 5 local universities in these matters and has posted many articles in the Israeli Newspaper, The IsraPost.

Contact Victor Guembes to speak at your event at :  guembes@hotmail.com