Self-empowered people never give up.  The inner motivation which certain people poccess helps them stay focused regardless of any adversity that may obstruct their path. 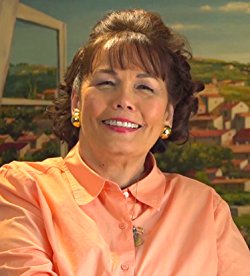 Self-empowered is an expression that does not require defining.  Do you consider yourself self-empowered?  It is a special quality to possess.  True self-empowerment comes from within.

What is your personal definition of Self-Empowered?

Most people know and understand that the adjective means, “deriving the strength to do something through one’s thoughts and based on the belief that one knows what is best for oneself.”  I totally embraced and understood that term.  However, I still felt the need to research different versions and explanations.  The quote above is taken from Dictionary.com one of my resources.  The description describes my guest on Dancing on our Disabilities Radio today.  Marilyn Murray Willison is one of the most self-motivated women I have ever met.  Maybe you are wondering why I would make that statement?  You will have to listen to this amazing individuals interview to understand her strength.

Marilyn is an author, speaker, book editor, blogger, and renowned journalist for decades.  Those who interact with her are uplifted by her positive energy.  Throughout the United States and the UK, numerous popular magazines and newspapers have featured her articles and interviews.  Marilyn’s success appears effortless at first glance.  However, many hours of long hard work contributed to her public recognition.  Many authors only dream of that kind of success.

Marilyn is the epitome of self-empowerment.  I met Marilyn about five years ago.  I was seeking professional advice about a book I was attempting to write.  Quite honestly I was hopelessly confused by the task.  Knowing some of her literary history, I felt inspired by her expertise and accomplishments.   My manuscript was a series of helter-skelter stories about “my life.”   I needed serious guidance if I wanted to finish my semi-written book.  At the time of our meeting, I was recovering from major surgery on my spine.  In addition, I was  fighting a Mercer infection as well.

The meeting I will never forget

On the day of my appointment,  I almost considered canceling because I felt unwell.  I resisted the urge to reschedule driven by the desire to complete my book.  When arriving at her home, I felt drained, weak and not at my best.  I had gotten lost and was unfashionably late.  The meeting was important to me, so I persevered.  Upon entering her room, she sat in a relaxed position in a recliner.  She had grace and elegance coming from every pore.  What I didn’t fully understand how physically  compromised Marilyn was.

Marilyn has had a long battle with MS.  In Marilyn’s case, she experienced lots of atrophy caused by the disorder.  On the surface, she appeared healthy in her lounge chair covered with a beautiful throw.  Snap judgments are almost always wrong and that day did not prove differently.  After I had indulged in an irrelevant nervous description of why I appeared so unsteady and wobbly as I stood before her, she paused for a moment.  Then she calmly looked up at me and said: “from where I am sitting you seem pretty good standing there.” Wow, that was a wake-up call.  Everything is relative.  My disability caused by a bout of polio during childhood paled in comparison.  Marilyn’s mobility is ‘compromised by an aggressive form of multiple sclerosis.  Furthermore, she is extremely dependent on caregivers for her daily living needs.

What if it happened to you?

I remember thinking, how emotionally difficult that must be for such an independent woman.  I soon learned that nothing is going to stop her from making a difference in the world, not even Multiple Sclerosis.  However, can you imagine what it would do to your life if it happened to you?  It’s unthinkable for most people.

Why do we label people with the term disabled?

Recently I read her newest best-selling book, “ One Woman, Four Decades, Eight Wishes.” With each page, I became more enamored and respectful of this powerful woman.  As a result, I could not resist inviting her to be a guest on my online radio show for a second visit.   Marilyn interviewed some of the most famous people in the world.  One could not help wondering why it took her so long to write about herself.  The Library of Congress has a listing of her literary works. How can such a motivated woman be called disabled?  It is unfair  to label Marilyn in this manner due to MS.  In conclusion, this accomplished and self-empowered woman is the opposite of disabled.  Most importantly, being challenged by impairment, is not synonymous with disabled or broken.

Dancing on our Disabilities Radio is proud to introduce you to Marilyn Murray Willison to you today.   Remember as you listen, MS has definitely impaired her body, however her mind is as brillant as ever.  Marilyn’s newest book is available on Amazon.

Marilyn Murray Willison is a six-time author and respected international journalist who has contributed to over 25 publications in both the UK and the US.  In addition to her six non-fiction books, her byline has appeared in The Sunday Times of London, The Daily Mail, The Wall Street Journal, The Washington Post, The Chicago Tribune, The Los Angeles Times newspapers, as well as Town & Country, Allure, and Ladies Home Journal Magazine, among others. Her expertise ranges from book reviews, fashion trends, and travel articles to high-profile celebrity interviews.

Furthermore, Marilyn is one of only a handful of journalists to have interviewed Britain’s Princess Anne, covered the Royal Wedding of Prince Andrew and Sarah Ferguson, and been invited to dine with the Queen and Prince Philip on the Royal Yacht Brittania.  Among her one-on-one interviews, are profiles of Sir Paul McCartney, Audrey Hepburn, Placido Domingo, Kirk Douglas, and Christopher