OVER EXERCISING CAN BE DEADLY 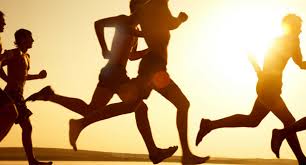 Over exercising is not as unusual as you might think.

Over exercising seems unlikely to the average person.  Most of us worry that we aren’t getting enough exercise due to the amount of time we spend in front of computers.  As a result many of us join a gym or start a home-based regime by running outdoors or cycling.  After a period of time, predictably, a number of people will drop out of any formal exercise routine and end up back on the couch.  However, some people will become addicted to exercise. When we exercise our bodies go through major changes.  It is very important that we pay close attention to what we are feeling during and after exercising.  Exercising safely is not as easy as it appears. 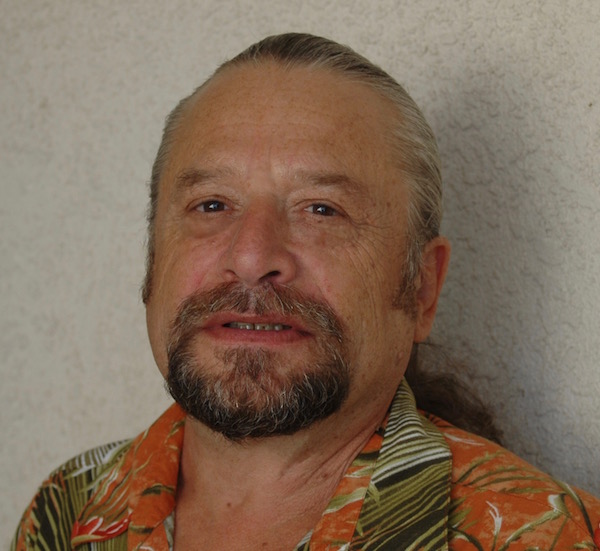 Click here to listen to Dr. Blackman’s riveting interview about our obsession with over exercising!!!

Internet Radio for all

Exercising every single day may be too much

We’ve all been told that exercising will increase your energy, your stamina, and at the same time keep you feeling and looking years younger than your chronological age.  But what about the person that goes bonkers and starts pushing their body far beyond what is healthy?  Are they misguided in believing that if moderate exercise is good more is better?  I’m sure anyone who is reading this has heard the stories of people who drop dead after a routine jog or any other kind of regular exercise.  Was it one jog too many?  What could possibly have gone wrong?  The answer to that question  is something that we all know but seldom embrace.  Sudden extreme exertion can be deadly.  When my family lived in the Northeast, I worried about the hours my husband would spend snow shoveling in the icy cold weather.  With good justification I might add.

The exercise craze is alive and well 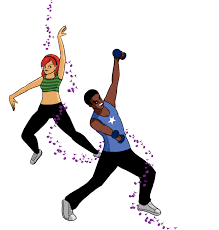 Somewhere in the early 70’s in California, Arnold Schwarzenegger started the fitness movement. In 1977, he starred in a docudrama called Pumping Iron. It actually started a fitness movement and gyms started popping up everywhere. It became so popular that people built careers around fitness training. Was this a good thing or a dangerous preoccupation? We celebrate people who run marathons, while secretly feeling guilty about our inability to compete. All this talk about extreme physical activity is creating a generation of exercise junkies. What about all the reports of injury that are sustained during extreme exercise? Sadly, there are also those reports of people who simply drop dead in the middle of a job or a bike ride. What is going on? Is there another safer way? Actually there is. A little bit of knowledge about exercising and ignoring the full picture can be hazardous to our health.

Never Say Impossible Radio is pleased to introduce you to Dr. Robert J. Blackman, author of “The Antidote: A Window to the Unimaginable”. Dr. Blackman is a chiropractor who believes in the holistic approach to chiropractic medicine. He has spent decades helping others feel well by treating “the whole person” body, mind,  and spirit.  He is progressive in his approach and believes non invasive treatments.

BIO: Dr. Blackman graduated in 1970 from Columbia Institute of Chiropractic in Manhattan, NY. He has been a holistic doctor of chiropractic medicine for over 40 years and has had literally decades of R & D in healing arts. He believes that in order to truly be well, you must treat “the whole person” body, mind and spirit.

He opened the first holistic health center in San Francisco, CA in 1980. His “Front and Back Holistic Health Center” is a healing center practicing  healthcare and fitness: drug free, non invasive, and non toxic treatment.

Dr. Blackman was the first to treat combat vets for PTSD, and was one of the first to use his methods to treat AIDS patients, which at that time (1981) was not diagnosable.

He shows his clients how and why you have to “Cure the Cancer. Heal the Pain. Feel the Magic.”

Dr. Robert J. Blackman, author of “The Antidote: A Window to the Unimaginable”.

His book brings to light, an epidemic of the new millennium, called DEAD-D (Depleted Exhausted Apathetic Denial-Disease) which is far worse than AIDS.  His book is playful with many great characters such as: Senor Don T-Rump and El-Don Hubbub. America then becomes “In the land of “Unfit humanures”. Dr. Blackman brings to you, “The Antidote: A Window to the Unimaginable”. 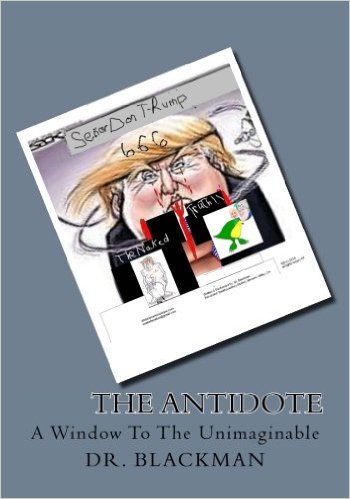