Post-polio sequelae is a  misunderstood  condition by many medical professionals today. 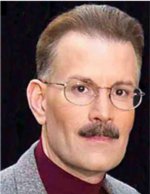 For more than thirty years, Dr. Richard L. Bruno has studied and treated nearly 6,000 polio survivors and is the world’s leading expert on Post-Polio Sequelae (PPS).

Post-Polio Sequelae is the name for the medically recognized condition caused by the late effects of the polio virus.  Many people simply refer to it as PPS.  Unfortunately, most able-bodied people do not understand the condition.  The younger generation was not around when the polio epidemics swept through the world killing and paralyzing millions of people.  The discovery of the Salk vaccine in 1955 ended the panic in western countries.  It has taken much longer to eradicate it completely in other parts of the world.  We are almost there.

Have you ever tried to explain what post-polio is to a young person?

It can be a frustrating experience for a polio survivor to manage Post-polio Sequelae.   Some young doctors dismiss their issues because they do not see visible atrophy.  Non- paralytic polio survivors, may not have been diagnosed at the time of the polio infection.  Many believed they had a flu or stomach virus.  Later in life some may also develop unexplained PPS symptoms.  It can strike at any time whether you had paralytic polio or non-paralytic.  Visible signs of muscle atrophy are not always present.  Post-polio sequelae affects millions of polio survivors in mid-to-late life.  As senior physicians retire, they are replaced by younger doctors.  It is not an easy condition to recognize leaving most doctors to rely on eliminating the possibility of other disorders.  Communication problems may occur between the PPS patient and the doctor.  Medical schools in the western countries do not place much emphsis on Polio.  Live polio cases are believed to be a thing of the past in western cultures.  A resident recently told me that polio and post-polio information was literally nonexistent in her medical school textbooks.  She told me that she had never seen anyone who had been affected by polio.  I was her first experience.

Many physicians do not recognize post polio sequelae as a serious condition.  Sometimes patients are perceived as neurotic.  Inevitably, the patient feels helpless.  I can honestly say as a polio survivor with Post-polio it can be very dangerous if your treating physician does not know or understand the  ramifications of the condition.  Often the post-polio patient has to educate their doctor.  Many polio survivors develop related conditions, which stem from the initial infection.  Frequently, they have respiratory issues, difficulty swallowing, sensitivity to anesthesia, bone loss resulting in osteoporosis,  life-threatening fractures, muscle and joint pain, low body temperature, extreme fatigue, sleep issues, an ongoing deterioration of strength, and an acute problem with balance and spinal cord injuries.

Post-polio is a mystery to millennialls

Recently during a visit to my doctors office I had a scary incident.  She had a new nurse.  She insisted that I step up onto a scale.  It did not have handlebars.  I told her that I weighed 120.  It was unnecessary for me to take the chance of falling off.  She insisted claiming she would catch me.  Actually, she did have to catch me. Don’t push yourself  physically and never let anyone else request that you do something that you are not comfortable doing.  We understand our limitations and our capabilities.

Polio survivors have a natural resilience.  The very nature of the condition makes us fighters and survivors.  When we experience a disappointment and our bodies fail us, we push a little harder.  However, it is a battle that people with post-polio cannot win in a conventional way.  Pushing harder works against us physically.  As able-bodied people age they begin to lose muscle mass.  Medical specialists promote exercise as a routine to keep them young and fit.  Unfortunately, this approach does not work for people with post-polio sequelae.  We MUST Reserve to Preserve.  That is our motto.  Think about it.  It makes perfect sense.  Remember the old Elton John song ( Honky Cat)?  The lyrics say, “you cannot drink whiskey from a bottle of wine?”   This holds true for a nerve and muscle which have deteriorated or died.  You will not be able to raise them from their grave.  You will only create increased weakness in areas where you still have some strength left through overuse.  Today we are hoping for a polio free tomorrow.

No more active polio and no more post-polio.

Vaccinate every child to end polio and post-polio. Let’s keep spreading the information.

If you do not know what post polio is, or you suspect that someone you care about is struggling with it,  listen to Dancing on our Disabilities Radio interview Dr. Richard Bruno.

Richard L(ouis) Bruno is internationally known as the world’s foremost expert on Post-Polio Sequelae (PPS, also known as “post-polio syndrome”), the unexpected and often disabling symptoms — overwhelming fatigue, muscle weakness, muscle and joint pain, sleep disorders, heightened sensitivity to anesthesia, cold intolerance, and difficulty swallowing and breathing — that occur in 75% of paralytic and 40% of non-paralytic polio survivors about 35 years after the poliovirus attack. (1)

Bruno, a research and clinical psychophysiologist trained at the New York State Psychiatric Institute, began studying PPS and treating polio survivors in 1982, when he was a fellow in the Department of Rehabilitation Medicine, Columbia University College of Physicians and Surgeons. (2) In 1984, Bruno organized and is chairperson of the International Post-Polio Task Force, which promotes PPS research, education and treatment in 25 countries. (3)

Bruno left Columbia and, in 1989, created and directed the Post-Polio Rehabilitation and Research Service at Kessler Institute for Rehabilitation, the first center for the study and comprehensive treatment of PPS (4), and in 1998 created The Post-Polio Institute at Englewood Hospital and Medical Center (5), which was closed in 2010. Bruno is now director of the International Centre for Polio Education, the new home of the International Post-Polio Task Force.

To learn more about Dr. Bruno and post-polio, visit The International Center for Polio Education