America Stand Up Together

America Stand Up – A Song to Help Inspire us to Unite 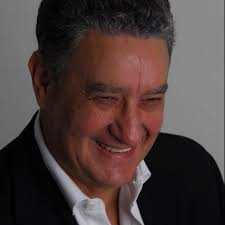 A performer who is singing to unite     America- Gino Federici

America Stand Up are words that have great meaning to me.  What does it mean to you?  If you were born before 1985 you probably put tremendous faith in our government and our politicians.  As Americans, most of us grew up believing which ever party was in power would work hard on our behalf.   Today, there seems to be a new reality.  Slowly the institution that we trusted, “the government” seems to be in turmoil and the majority of Americans feel forsaken.  After several years of gridlock in Congress our faith and trust in the political system has faded.

America Stand Up is a cry for support from our fellow Americans as we move towards 2017.  Gone are the days of going about life in a cloud of veiled truths with our eyes half open.   As the first American in my family with two foreign parents, I was told that speaking English was a priority. Why don’t we require all our new immigrants to speak English?  Both my parents believed that there were great opportunities here.  Yes, we struggled with poverty initially, but as the years progressed we began to prosper.  Today, it appears that Americans are beginning to slip backwards and hope for a prosperous tomorrow is a dim memory.  We can no longer live without total awareness about our domestic and foreign policies.   If we are not sure of what is happening around us, how can we expect our interests to be served by a government that does not offer transparency.  It’s up to us to stand united speak our minds to all our politicians.  Greed and special interests have taken over.  I am not talking about a specific administration.  In fact, these issues have prevailed for decades in both parties on the right and the left.   We simply did not take the time to notice until it hit us hard in the pocketbook.

How did it happen?  Why are we not fighting harder to have our voices heard?  Expecting a broken political system to run smoothly by either party is a fantasy.   Shrugging our shoulders and feeling helpless is the worst plan of action.  I am not a political junkie and I will admit that my apathy for years, along with many fellow Americans was and is a part of the problem that we face today.  Why not work together to fix what is broken and have our faith restored again?  Social media, and good old letter writing, along with petitions are one way to get the political establishment to understand that we do not want to sit on the sidelines in silence any longer. 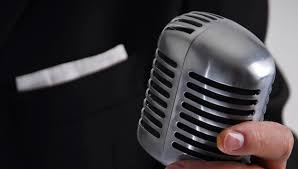 One patriotic naturalized American from Italy who is making an effort to inspire us to fight for our rights is Gino Federici.  Gino is a singer/ songwriter/and former Las Vegas performer.  He has written “America Stand Up”, an inspiring song which he describes in his own words as: “ a patriotic cry for redemption, repentance and forgiveness to a nation who has forgotten that this country was first dedicated to God from our founding fathers.”  He is an interesting man with a fascinating history.  Gino has unbelievable passion for his beliefs and for this country.

Never Say Impossible Radio is pleased to introduce you to Gino Federici.  I am also including an MP3 of his  composition “America Stand Up” for your pleasure along with his dynamic interview.

Gino Federici has been entertaining audiences around the world for the last 44 years since leaving his native Italy for the lights of America to become a naturalized citizen and build his family and career.

After an eleven-year period spent in Seattle as one of the Pacific Northwest top talents, he was invited to perform in Las Vegas where he spent 22 years preforming in various clubs and stages along the Strip accumulating accolades from fans and employers alike.

During that period he suffered the loss of two wives to cancer with devastating financial upheavals.  In 2007 he finally decided to leave town for the woods of Michigan where he found his new love and spiritual healing.

Gino lives in Lake Odessa, Michigan with his wife, Boni, who continues to be his inspiration.

Watch Gino in action in this short clip: