Millenials and Baby Boomers often disagree on many topics from politics to finances. Will they be able to work out there differences?

Author of In Search of the Baby Boomer Generation and Blogger

Millennials, Baby Boomers, are learning from each other.  What will be their their legacy? 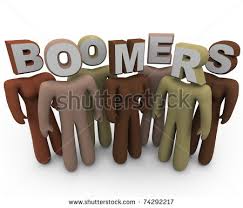 Millennials are on their way up in business, while Baby Boomers are still an active part of the business community.  Both groups are huge.  There are 77 million Boomers and 82 million Millennials.  Boomers are the parents of most of the Millennials. Since the beginning of time, there has always been a vast difference of opinion between the generations.  The older folks seemed to believe they knew it all.  The young people pushed back and did not want to be told what they should think about, listen to, or how they should live in general.  Something has changed over the last several decades. The introduction of technology into our everyday lives has made interacting between the generations vitally important.  It is not unusual for grandparents to learn how to optimize their computer experience through their grandchildren’s tutoring.  Nor is it uncommon for millennial’s to work closely in office settings with Baby Boomers and seniors.  Their roles have definitely modified and two or even three generations are actually interacting meanfully.  The older generations take on the roles of mentors. The younger generation, who seemed to be born with an innate knowledge of technology act as tech guides and tutors.  We really do need each other to coexist in the world today.

What are the pros and cons of Millennial’s and Baby Boomers relationships?

Millennial’s have great potential and are in a big a hurry to get to the top fast.

Shockingly, many of them do sky rocket upwards because of their tremendous knowledge and thirst for more and newer technology.  However, there in such a rush, they have not discovered the basic rules of business and success. That is where the Baby Boomers, and the Millennials make very good partners.  The Baby Boomer has a long work history and they are willing to share what they have learned along their journey.  The Boomer generation saw enormous social change as well.  They witnessed the civil rights movement, the women’s movement, the Vietnam War.   Are you among those who are complaining about race relations in 2016 and have issues with how problematic they are currently.  Any Boomer can tell you that we have come a long way since the civil rights movement despite our problems.  Women are also making tremendous progress in the world today.  Movement may seem slow; however, I remember a time when the idea of a woman president in the US was unthinkable.

Is there a conflict between the generations

Millennial’s are often referred to as the generation of entitlement by the Baby Boomers.  As parents, the Boomers wanted their children to have the best of everything.  As they became more affluent they gave their offspring everything within their economic means.  It has been said that this approach has backfired and created a generation of Millennial’s who expect to have high standards of living without the elbow grease and hard work like their parents contributed.  On the other hand, Millennial’s are saddled with debt that they inherited.  Many are unable to move out of their parent’s homes because of student loans they have acquired.  Some young people feel that the weak economy is the result of poor management and place the blame on the prior generation.  It is a debate that is ongoing.

Did we have too much trust in the establishment?

Baby Boomers trusted our political system and believed that their savings and the economy were safe.  Segments of our society became so apathetic that voting was not a priority.  For many years, no one noticed that China was taking over our manufacturing. The deeply discounted products were a big lure.  It wasn’t until people began losing jobs and factories started closing that reality set in.

In 2008, the number of young voters was substantially greater and almost doubled from past elections.  Today Millennians and Baby Boomers want their voices heard.

Because of unstable economic conditions, Baby Boomers are not opting to stop working at an early age.  They may retire from their current careers, but become active again either through small business, encore careers, and mentoring.  They tend to remain productive within their communities as volunteers while the Millennial generation shows much less interest in community activity.  The bottom line is that Millennial’s and Baby Boomers are joined at the hip, not only in the office but also via the many forms of social media.  Boomers are remaining in the work force and it appears that they will for many years to come.

Never Say Impossible Radio is pleased to have Rick Bava visiting again to discuss his book ” In Search of The Baby Boomer Generation”  and to tell us about what he has learned about Baby Boomers as he travelled the country.