Feminine Leadership is on the rise

Click this link to listen to Ms. Gaspard’s interview

Feminine Leadership is at an all time high

Feminine leadership continues to be a controversial topic as we move into 2016.  As long as I can remember there has always been an underlying societal controversy regarding feminine leadership, women’s self-esteem, body image, mental toughness, and personal development.

As an American, I have seen a dramatic positive change towards women’s leadership in Western society both in business and politics.  With the growth of our millennium population, women have finally been accepted as equals to their male counterpart in most highly industrialized cultures. Some of the biggest Silicon Valley corporations now have female leaders.  Science and technology welcome women into the industry.

One troubling issue is the difference between the salaries of women in comparison to males performing the same job responsibilities within the job market.  It is a slow change and one that is taken far too long to correct.  I would also like to make a note of the unrealistic female image that is portrayed as the acceptable standard for beauty. Advertising companies and the media have played a role in promoting the image of perfectionism for women, and at the same time giving males a lot more freedom regarding physical appearance.  As I stand in the line at the grocery store, sadly the magazine racks are covered with Photoshop images of models and actresses who look better in the photo than they do in real life.  It is a heavy burden for any woman to try to attain such a high standard of beauty.  When a woman rises to leadership and receives public recognition the media still focuses on the superficiality of what she is wearing and how she looks.  We are a visual society.  Anyone in the limelight is going to be scrutinized whether they are male or female.  However, there is still too much emphasis on the physical attributes of women.  Most of the female commentators on major networks look exceptionally attractive.   We spend too much energy on women’s physical appearance.  Our first ladies live under the microscope and are always judged on their fashion sense.  I have never heard the same kind of focus and dialog regarding male politicians.  There is an obvious double standard.

The rise in feminine leadership within business, corporations, and politics has been slower to progress in other parts of the world such as in Asia and Africa.  As these countries become more industrialized women are beginning to exert their intellectual muscles and fight for equal opportunity and rights.  Undoubtedly, access to higher education has played an important role in the growth of empowerment for women.

What does it take to be a great leader?

Does gender make a difference?  Several decades ago when a woman held a position of power, and if she exerted that influence, she was criticized and called some very unflattering names.  In opposition, the very same action taken by a man in a similar situation would have been celebrated as strong leadership skills.  This kind of rhetoric has faded through the last 20 years.  Today in Western civilization both genders believe that women and men can be equally suited for leadership in corporate settings depending on the industry, the political arena, and legislative positions.

What does it take to be a great leader regardless of gender?  In order to lead  others there are certain characteristics that both men and women agree must be present in the individual. 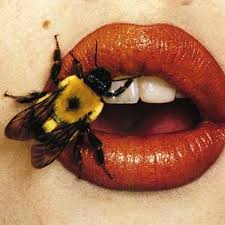 A Queen Bee is the leader of her pack

How do you feel about feminine leadership?

Florence Gaspard visits NSI Radio to talk about her take on leadership as woman who is committed to improving other peoples lives.  Florence Gaspard, Professional Speaker, Lifestyle and Business Consultant and Author, whose commanding keynotes, speeches, training sessions, and workshops have captivated her audiences and clienteles. Having earned her Degrees in both Psychology and Mental Health coupled with “Real life” experiences has allow Florence to gain profound understanding of human development, thought processes and behaviors.  This platform allows for Florence to connect with her audiences in meaningful ways.  She believes everyone has the potential to contribute something great to the world.  Florence has helped many people within the various areas of their lives including personal wellness, spiritual wellness & business wellness.  Florence communication methods draws in her audiences with insight, humor and inspiration.  Her presentations and coaching allows individuals to break through their limitations and exercise assertiveness skills to achieve the result(s) they desires.