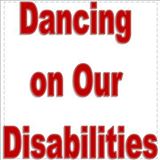 If you get the chance to sit out or dance…DANCE! 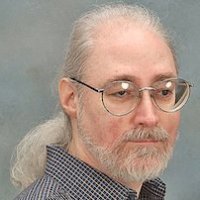 Click this link to listen to Andrews Inspiring Interview

Vaccine fears are unfounded.  Vaccinations should not be a a choice.  I am a mother, and I understand the natural fear that many people have regarding the vaccination of their children.  However, I know what can happen during childhood when parents decide not to vaccinate their children for any number of reasons, including religious beliefs.  I am a polio survivor, and I will fight the lasting effects of polio for the rest of my life.  Why should any child have to struggle and fight when there is a vaccine?

Andrew Meit, an artist and a scholar battles the effects that rubella had on him as an infant that affected his entire life.  Today he will share a good deal of his story and his wonderful accomplishments with you despite his challenges.  I hope anyone who is sitting on the fence about deciding to vaccinate their child will take the time to understand that there is no scientific evidence that immunizations are harmful to your beloved child.  In fact, it is quite the contrary.  All I ask is that you take a few minutes to look at this from an unmet emotional standpoint.

Misconceptions about whether or not  you should vaccinate your child?

Immunizations can protect your child against life-threatening illnesses.  Science has become so advanced, and vaccines on the market have been carefully studied for harmful ingredients which could potentially create health issues, that there is literally no risk involved now in 2015.  God forbid German Measles should begin to spread again.  Just recently, right here in the US, some 21,000 cases of whooping cough spread throughout the states even killing 26 babies.  How tragic is that?.  They did not have to die.

Do not let the cost of vaccinating your children stand in your way.  The government funds low-income families without the proper healthcare for free vaccinations for their babies.  When you vaccinate your children, you are protecting society as a whole and your grandchildren and great-grandchildren.  Vaccinations cannot eliminate some of these horrific diseases completely and forever.  As long as there are children who have not been vaccinated in this country or in any other country there is a chance that one of these awful possibly deadly diseases can return.

Is the threat still here?

Believe it or not, polio is still alive and well in some Third World Eastern countries such as Pakistan.  Even one child with a live case of any of these childhood diseases can spread the virus.  No one is safe if you aren’t vaccinated.  Check with the World Health Organization to see where some of these viruses and disease threats still exist.  Never forget that we are a global society. What is over there can be over here via air travel.

Dancing on our Disabilities Radio is pleased to introduce you to Andrew Meit. He is a man of perseverance, faith,  and a man with talent. His greatest gift is his joy in living. 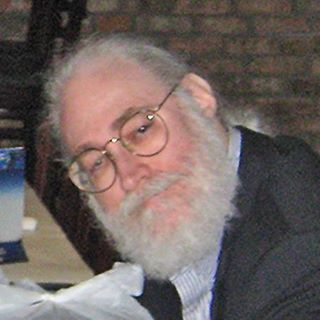 Andrew Meit was born in 1958, with several disabilities from Rubella.  He was underweight, blind in one eye and legally blind in the other, deaf in one ear and hard of hearing in the other, plus several cognitive impairments.  He nearly died during first day but survived because of an incubator and a strong will.  He discovered later on that he had a poor immune system, gastrointestinal problems, and RA in his hands.  He is also a Type II diabetic.

During childhood, Andrew grew up struggling with his body and mind.  He discovered that the education system as he experienced it, was not focused on his learning, but mostly about gaining power and control over his disabilities.

He grew up with low self-esteem and believed he was stupid and incapable of doing anything well or correct. During his teens to early twenties, he felt limited by his inability to drive which stifled his independence. He struggled with mass transit.

Andrew had difficulty in school, but with the aid of tutors, he came to enjoy math, science, art, and history. A few teachers believed in him and encouraged his talents; but gave him little guidance.  From a wood working class, he came to understand craftsmanship, quality, and planning.  As a teen, Andrew studied at the Cleveland Art Institute. In 1984, Andrew earned a BA in Religious Studies from Stetson University. His senior project was a partial translation of Martin Buber’s Ich und Du (I and Thou).  He is self-taught in calligraphy, drawing and design.

During his time at Stetson, his first job was at the bookstore and he helped in the reorganization of the library reference department.  He also taught 8th grade Jewish Civics.  He tutored in various subjects while working  as a part/full-time software tester and tech support on graphic-design software such as FreeHand, Fontographer, Photoshop, and others.

Later Andrew learned about advocacy for disability rights and the independent living movement. He quickly became actively and deeply involved.  He knew he could help bring about change in the community.  He came home to a different, powerful family.  Soon after he became involved with the Center for Independent Living.  Last year he helped plan a disability expo. Andrew is always fighting for inclusion, the rights of others, and for a better life as a differently-abled person.

Currently, Andrew creates digital restoration of damaged famous documents or works of art. He considers these restorations as his way of giving thanks to the original artist and to digitally preserve these works for generations to come.