Are disabled speakers at a disadvantage? 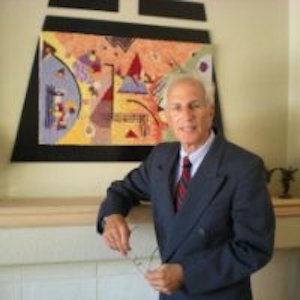 Disabled does not mean unable.  Damon Brooks Associates (DBA) is the only nationally recognized speakers bureau that exclusively represents professional speakers and trainers with a disability.

Disabilities of any kind undoubtedly creates extra challenges in life.

However, the same disabilities and obstacles can help enhance your natural talents and make you stronger, more grateful, and more ambitious.  It is all about how you react to your specific roadblocks.  We have all heard the statement ” If it doesn’t  kill you, it makes you stronger.”  I do not agree with that as a blanket statement because it encompasses all circumstances.  I do agree many people who struggle to overcome physical or emotional challenges learn to use every possible resource to help achieve their goals which can go unnoticed by the” Abled-bodied ” community.

Today on Dancing on Our Disabilities Radio, I am going to direct our conversation to the field of entertainment and professional speaking.  Marc Goldman has been directly involved in this field for many years.  Marc has hands-on experience with both the speaker’s circuit and the entertainment field. Marc will shed some light on both issues with us today.  I have my own thoughts regarding Hollywood and professional speakers opportunities for people with disabilities.  Lets see if Marc thinks I’m correct.

You had better be outstanding if you are hoping to be discovered!

It has come to my attention through the years as an avid moviegoer;  Hollywood chooses to place able-bodied actors in roles that require them to pretend they have a physical or emotional disability.  I have often wondered why producers would go that route when there are many talented, challenged actors available for hire?  I can only assume that the reason is that an unknown person ( with or without a diaability) is not a big box office attraction. Would you go to a movie featuring “Joe Unknown” or would you choose to see the same movie with someone like Tom Hanks who played Forrest Gump?  It appears to be a money game and less about the art or talent.  I guess we can all agree that Hank’s has both talent and box office appeal.  I remember seeing reels of old time movies when Hollywood would put dark makeup on Caucasians to make them appear to be of color.

The playing field is not level, and today it remains difficult for actors with disabilities to consistent get roles on the big screen.  TV seems to be a better opportunity.  I believe there is more to the story because society is still uncomfortable dealing with and employing  people who have disabilities. The job market remains unbalanced and unchanged.  Disabled workers within all fields repeatedly get passed over for employment at a shameful and staggering rate regardless of how talented they are in their particular specialty.

You had better be great at your craft!

The professional speaking circuit is a hybrid between entertainment, motivation, and the spreading of important information.  As a speaker, I have never felt that my mobility disability was a disadvantage.  However, becoming a highly paid speaker is as difficult as being discovered by Hollywood.  It still appears to be all about who you know and how good you are.  That is true in almost all industries.  There are non-profits and foundations, which are always looking for interesting speakers that address the issue of disabilities in our society. However, the pay scale is usually much lower than it would be in corporate America for an abled bodied well-known speaker.  Here again, it appears that the playing field is simply not level.  There are some very well known disabled speakers who are always in demand like Geri Jewell.  Geri was recognized for her ablity to act in “The Facts of Life.”  Geri was the first actress ever to play a role of a disabled person and actually have a real disability.   Let’s face it, she is terrific and if a company can afford to pay what she is worth to present a keynote, she will be high on the list of possible speakers..  When all is said and done, I believe that there will always be speaking opportunities for those who consistently raise awareness regarding disability and work to eradicate negative social stigmas.  Amen.

About Marc Goldman: Born in the Green Mountains of Vermont, Marc Goldman has traveled the country with an interest in bettering the quality of education, especially as it relates to disabilities and LGBT.

Marc  graduated from Castleton State College in his native state of Vermont. After a six-month stay in St. Thomas, Virgin Islands and a short teaching experience with “disadvantaged” students he entered the University of Massachusetts, Graduate School of Education in Amherst, Massachusetts. Marc has always been one to shoot for the top and his first position out of graduate school was the top administrative position for Business and Office Education at the Department of Education, Commonwealth of Massachusetts.

Coinciding experiences during his 15-year tenure included the founding of the Massachusetts Chapter of the Office Education Association and being a part-time lecturer at local colleges and universities in the Boston area.

In 1985 this rather shy and quiet New Englander landed in Los Angeles. After a short project that allowed him to learn some of the most intimate details about the celebrities of Hollywood, he applied this information to his association background and started Damon Brooks Associates, a company whose founding purpose was to coordinate celebrity involvement with non-profit organizations.

In 1992 Marc was invited by one of his celebrity colleagues to listen to a speaker at a national conference that was being held in Los Angeles. What he saw and heard changed his life and the lives of many others. Marc has since dedicated his professional life to enhancing the speaking and performing arts opportunities for those with a disability. His speakers and performing arts bureau is today recognized as the only organization in the country that exclusively represents those with a disability.

For his accomplishments, Marc has been appointed to the Governor of California’s Committee on the Employment of Persons With a Disability and the co-chairmanship of the Media Access Committee (MAO). He has also been active in many civic and professional organizations including: Association on Higher Education and Disabilities, the California Society for Association Executives, and Career Opportunities for Students with a Disability.

Most recently one of his speakers, Geri Jewell, “came out” in her autobiography. Appreciating the employment struggles of  those in all areas of diversity, Marc developed a component of his company that addresses LGBT issues as they relate to business and academic life.  Most recently he participated in the National Gay & Lesbian Chamber of Commerce and the Out & Equal Conferences.  He is an active supporter of the LGBT communities of Los Angeles, Ventura, and Santa Barbara, California.

Be sure to check out the WINDMILLS training  program at Damon Brooks Associates.