Yessie and The Center for Independent Living ? 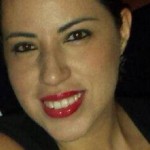 The Center for Independent living is making a difference in the world.

Everyone wants indepedence. It’s a God given birth right. Living an independent life can be challenging no matter who you are and no matter where you live. However, people who are defined as having a disability have to learn to fit into society as independent and productive people. Their needs and desires are the same as everyone else’s, but they are often overlooked for their talents and seen as unable to be productive. It is a sad state of affairs because the equipment and medical devices they need to become independent and  get to work increase their costs of living.  In many cases potential employers feel that they will have to make adjustments to their facilities to meet the needs of individuals with disabilities. What happens than? Frequently, their application is placed on the bottom of the pile despite the fact that their qualifications may be higher than their able-bodied competitors. Their rate of unemployment is triple that of the general able-bodied community. All too often they are forced to live their lives in poverty because they are not given the opportunity to increase their financial status through employment.

Living with a disability means that you have to be able to transition through life, and adjust in order to be employed and live an independent life.  Independence is one of the keys to living a successful happy life. It can be extremely demeaning to have to ask for help when you are physically challenged. Being viewed as different often lowers self-esteem and creates a fear of rejection for a person with a disability. Going on an interview can create extreme anxiety for a person with a challenge.

There is only one way around all the obstacles a person with a disability faces just to live a successful life on a daily basis. One must move forward, with perseverance, conviction, and determination based on a sense of pride. Only then can one reach their full potential. I applaud the success that this country has made to create an atmosphere of acceptance for those of us who live with disabilities. There are agencies and organizations that provide opportunities, information, and training for people with disabilities, but sharing the information with those who need it is a serious task.

Dancing on our Disabilities Radio is extremely pleased to have Yessenia Leyva, representing The Center for Independent Living of Broward County. The agencies mission is to ” offer assistance to people with disabilities in fulfilling their goals of independence and self-sufficiency.  The services include independent living skills, employment/benefit counseling, nursing home transitioning, information and resources, and peer counseling.  In addition, the organization provides social activities to promote inclusion/integration of persons with disabilities in the community.”

Yessie is here to explain what all the excitement is about and what is happening to showcasing the Talent of People With Disabilities on July 12th-13th at the Broward Convention Center.  Yessie is also a great success herself and sets an example all those she meets.

Yessenia, was born with Spina Bifida, which is the failure of the spine to close properly before birth.  She endured a great deal of suffering for years because of the challenges cause by her condition. As she grew into a young adult, she was determined to make her life a success, despite years of painful surgeries and rehabilitation.  Yessie simply forged ahead and became an exceptional student.

She was active in sports, physical fitness, ballet, music lessons, and just about all the same activities that her classmates participated in. Yessie never let her disability get in her way and graduated with honors.

Today, she is Independent Living Specialist and Youth Services at the Center for Independent Living of Broward where she advocates for people with different exceptionalities to help them become independent to the best of their abilities. Since 2011, Yessenia has been and continues to be heavy in speaking in the community to parents of children with special needs. Little did she know this would lead to taking part in organizing an event titled Independence on the Runway, “No Limits!” A fashion show showcasing our abilities on the runway- without limits.’ She has had the opportunities of a lifetime promoting on popular radio stations including her first ever 30-minute Spanish segment with Radio Disney! Many more opportunities have surfaced thereafter which she takes with great joy and the feeling of accomplishment. 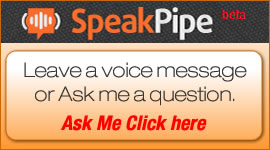