Cruising can improve your love life 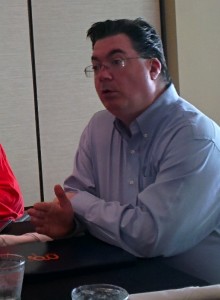 Cruising is one of the most popular vacation activities today.  There are so many reasons why the cruising industry is flourishing.  It really does improve your love life because you feel happy, however, I believe it is most likely because it is an easy way to travel.  My point of view may be slightly tainted because I have mobility challenges.  No matter what your special needs are Royal Caribbean can accomadate you and help you have an unforgetable time.  Most cruise lines are ADA compliant, however Royal Caribbean makes a special effort to remove all stress from their passengers no matter what their challenge may be.

I’d like to share my personal experience with you and the mistakes I made so you don’t do the same thing. To be perfectly honest, my nature is not that of a person who is naturally drawn to the concept of cruising.  I do not swin so I had unnatural fears and for many years I felt it would keep me captive until I hit the next port allowing me to debark.  I never considered all the amenities on board.

My first experience on board an ocean liner was not actually cruising.  I was invited to attend a “send off” cruise party given by a friend in a small cabin.  Good grief, we were stuffed in like sardines.  It was many years ago in the early 1980’s.  Today in 2015 I don’t believe any cruise lines would allow non-passengers on board.  My husband and I left the ship disappointed by their cabin and feeling that it was extremely claustrophobic.  On the drive home we decided that cruising was not for us.  What we didn’t know is that there was a lot more to learn about cruising.

As time progressed, I was left with the nagging feeling that I still wanted to know what it would feel like to be on a luxury liner in the middle of the deep blue ocean.  Curiosity was getting the better of me.  After all was said and done, most people I knew who were addicted to cruising said that there is very little time spent within the cabin because there are so many things to do on board.

Five years later, my husband and I took our first cruise alone. It was four days three nights because we wanted to play it safe just in case we hated the experience.  It was also not a very expensive cruise line by design for exactly the same reason – what if we were miserable?

I was not prepared for the type of cruise we had chosen.  We assumed we would really get a clear idea of what it was all about by not spending tons of money.  Bottom line, we actually did hate it.  However, I feel the need to clarify my statement.  We hated it because we chose the wrong cruise line.  We cheaped out and took an inside cabin, and we chose the wrong destination.  First of all, cruising is designed to remove stress from your life while you are on board and provide you with an emotional as well as physical escape from the hustle and bustle of daily life and work.  The particular inexpensive cruise line we picked was filled with noisy, loud drunks every where we went.  However they were most offensive at the pool because they made loud comments about every woman that walked by. After making all the wrong choices once again, we decided that cruising was not our cup of tea. 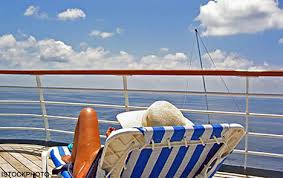 Fast-forward to  2004 when we decided to give it one more try.  This time we chose a comfortable cabin with an outside porthole.  However, we were still making big mistakes.  This time the boat was beautiful and part of the Royal Caribbean fleet.  So what was our mistake this time? We went with a group of people from another state that we had never met before except for the one individual who had invited us to join the cruise.  Have you ever spent a great deal of time with people that you do not really know or even worse that you would not choose to spend time with under ordinary circumstances.  The big difference this time was that we actually enjoyed the boat, the convenience and ease of getting around the vessel, wonderful meals and great entertainment.  So we were now sold on cruising.

In 2014, we went on yet another cruise with my family.  Everyone loved it and decided that they would be cruisers for a life. 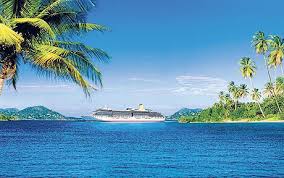 Exotic Islands are waiting for you.

As you can tell, I am now totally sold on cruising.  It has become my favorite way to vacation.  Royal Carribean  will treat you like royality.

Dancing on Our Disabilities Radio is pleased to have Ron Pettit visiting with us today. Ron is the Access Manager at Royal Caribbean.  He can put any apprehensions you have to rest.

Ron’s goal and passion is to help people with disabilities have the best cruise vacation experience possible. His vision is for guests with disabilities to have a vacation from their disability. While this goal may never achieved totally, he hopes to make their cruise vacations effortless, easy, and most of all, possible. Many people with disabilities do not think that taking a vacation is possible because of their disability.
Ron has been with Royal Caribbean since 2006. His current role is ADA & Access Compliance Consultant and he is responsible for the accessible guest experience and product development as well as Americans with Disabilities Act (ADA) compliance for three global brands – Royal Caribbean International, Celebrity Cruises and Azamara Club Cruises with a combined fleet of 32 ships. Ron has been in the travel and hospitality industry for over 26 years with over 18 years of managing accessibility programs.
At Royal Caribbean, he works closely with the Newbuild team to help design accessible and innovative cruise ships including the most recent Quantum class ships as well as Oasis class and Solstice class ships. He has managed the accessibility program for two full-ship charters for deaf and hard of hearing guests.
Before joining Royal Caribbean, he spent 17 years at Northwest Airlines. He was responsible for improving the air travel experience for over 3.3 million annual customers with disabilities and ensuring compliance with the Air Carrier Access Act. His efforts resulted in making Northwest Airlines a first choice option for people with disabilities.
Ron received a Bachelors of Arts degree in Communication Arts and Sciences from Bridgewater State University in Bridgewater, Massachusetts. He is also hard of hearing, and wears two hearing aids.