The Scary Truth About Banks

Is our Banking system secure? 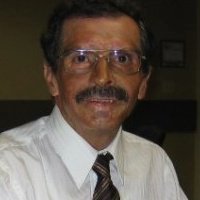 Do you worry about today’s banking system and how safe it really is? When the housing market collapsed exposing a great deal of fuzzy math and the real-estate bubble burst everyone’s eyes turned towards wall street. What we discovered regarding our banking system not only surprised a good amount of people, it also created an atmosphere of distrust and uncertainty in our economy. It appeared that the more we discovered the cloudier the water became. There was a period of time when we did not know whether the bank we had used and trusted for years would be around tomorrow. It’s  years since Lehman Brothers collapsed, and The ‘oversize banking’ model of too-big-to-fail is more dangerous than ever.   The public was outraged and demanded that the banking problem  must be addressed with comprehensive and clear regulation.

As it turned out,  very little was done and many of the banks failed causing more confusion and fear. The banking system is flawed, and we are all aware of that truth. Business loans and mortgages became more and more difficult to obtain. The world debt is out of control. Our country’s debt is at an all-time high as well. The question then is what are we doing about it?  If we make the banking system safer will it become even more difficult to borrow money and our economic growth will grind to a halt?  What are our alternatives and how can we protect our hard-earned money?

Todays guest on Never Say Impossible Radio  has studied the banking system and financial investments for years. Today you will learn some shocking truths.  Our guest Jorge Herrera, Investment advisor, has important information to share.  Click her to listen:Non-Flash MP3 Direct Link