The Magic of Playing 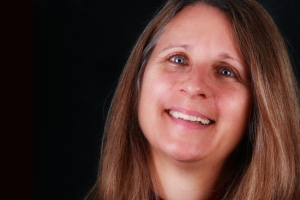 Play Therapy and Why it Works

There are many natural developmental skills that we learn in the process of growing up.  As babies we begin to see, hear, talk, laugh and run naturally. We scream and cry when we are hungry, and sleep when sleepy. Once we learn to control our motor skills as infants, one of the first things we do is begin to play. As a parent myself, I remember hanging a mobile toy over my daughter’s crib and watching her become fascinated by the bright colors and moving objects. After that, everything and anything that came within the vicinity of her crib or playpen became a toy that she was excited to get involved with. The more she wanted to play the more toys I provided. That was a long time ago and I do not think I fully understood the value of play in the life of a child or even in the life of an adult. If my children were playing, I believed they were happy which meant I also felt I was doing the right thing as a mother. What I did not realize at the time was that the way children played or did not play was a revealing insight into what they were feeling.

I  had the pleasure to meet Dr. Janet Courtney who has studied play and play therapy as a tool to help children suffering from all sorts of emotional issues, as well as their families.

In her own words Janet Courtney says “Play is fun, but it is anything but trivial. It is a basic biological drive as integral to our health as sleep or nutrition. When we play, we are open to possibility and the sparks of new insights. Play—defined as any kind of purposeless, all-consuming, restorative activity—is the single most significant factor in determining our success and happiness.”Janet Courtney has developed a new therapy which she is going to tell us all about, however , first I’d like to share Janet’s bio with you.

Dr.  Janet Courtney, Author, Speaker, and therapist is the Director of Developmental Play & Attachment Therapies and Adjunct Professor at Barry University. Dr. Janet’s career is centered on bringing psychological healing to children. She is an internationally recognized Play Therapist specializing in expressive therapies and attachment treatment who has invented a new process of kinesthetic storytelling, merging imagery relaxation skills with joyful first-play touch activities. Her interactive storybook, The MagicRainbow Hug makes this technique directly accessible to professionals, parents and their children who can most benefit from its use. The book illustrates that the sense of touch is as important as any of our other senses and illustrates how children learn to interact with one another socially. The illustrations are all beautifully created by children and artistically express the way  young minds view the world.